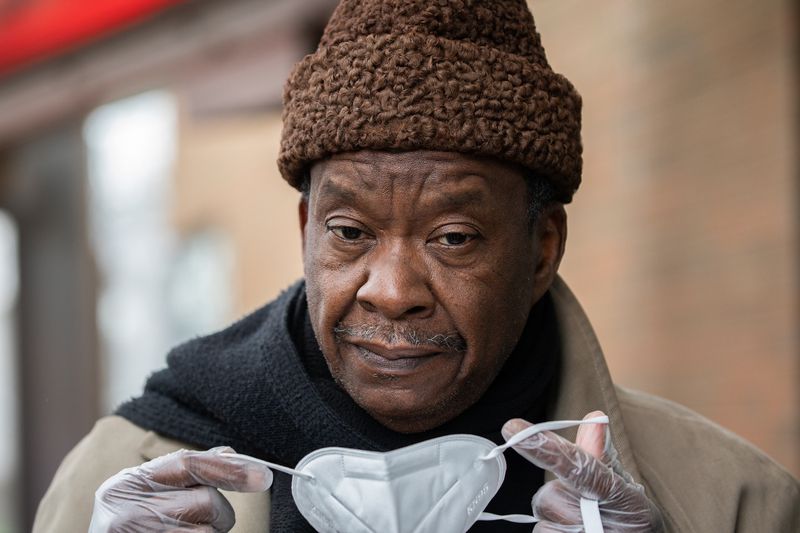 Former mayoral candidate Willie Wilson will donate up to 5 million disposable face masks at three South and West side churches on Saturday after the United Center backed out of the giveaway event, he said.

Wilson reached out to Mayor Lori Lightfoot via text on Tuesday to see if she wanted to appear at a Wednesday news conference to promote the event, he said. The mayor responded with questions about whether he had adequate security, he said.

On Wednesday morning, Wilson said United Center representatives called him and said they no longer wanted to hold the mask giveaway.

Lightfoot on Wednesday was asked whether she told the United Center to kibosh Wilson’s plan and said she merely raised some questions about it with Wilson.

“I received some notification yesterday from Dr. Wilson about something he planned in the future,” Lightfoot said. “I asked a series of questions, which you would expect me to ask, which was: ‘Do you have a permit? What’s the security plan?’ And when you talk about 5 million masks, that’s a lot of people coming together, and probably, my concern was, violating the state stay-at-home order.”

“God bless Willie Wilson for his generous heart,” Lightfoot added. She said anybody making contributions has to do it “in a way that puts public health and public safety first and foremost.”

The timing of the cancellation struck Wilson as peculiar. “We were ready to go, and then suddenly they canceled after I reached out to the mayor,” he said.

“While we appreciate what Dr. Wilson is doing for our community, we have the utmost responsibility to protect the United Center personnel working on behalf of the same community,” Savarise’s statement reads in part.

Instead, Wilson said the Saturday mask giveaways will take place at the House of Hope and Apostolic Church of God churches on the South Side and the Mount Vernon Baptist Church on the West Side.

The mask question has become an increasing point of contention between the mayor and Wilson, a business owner who distributes medical supplies and who had a falling-out with Lightfoot after she took office.

Last month, Lightfoot accused Wilson of requesting millions of dollars from the city in upfront cash to help buy protective masks from him. “Millions of dollars in cash is not something I’m ever going to do with taxpayer dollars," Lightfoot said then.

In response, Wilson denied wanting the money in cash and said the city didn’t get back to him about his proposal.

Then Far South Side Ald. Anthony Beale called on Lightfoot to allow aldermen to use local infrastructure funds to buy masks from Wilson, an idea the mayor has not embraced. Wilson subsequently gave away thousands of masks to aldermen at an event at the Thompson Center across the street from City Hall.

Lightfoot then sent a letter to aldermen saying she would be sending out a request for proposals to try to find companies to make reusable cloth masks for the city, to be distributed to residents to help them comply with Gov. J.B. Pritzker’s order requiring people to wear a face covering or mask while inside stores and other places where they can’t maintain safe social distancing.