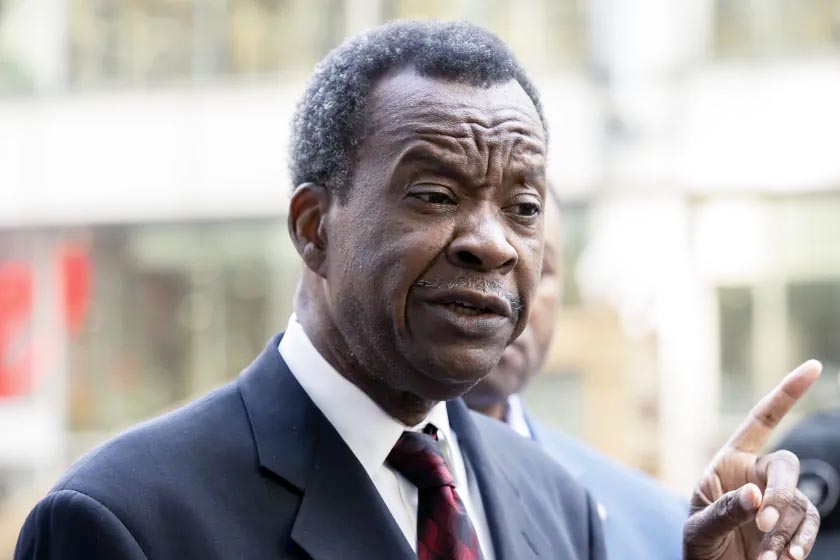 Mayoral challenger Willie Wilson on Monday asked a federal judge to block a $2 million precinct consolidation plan tied to redistricting that will eliminate 779 of Chicago’s 2,069 precincts.

In a lawsuit filed in federal district court, Wilson argues that the cost-saving plan to create 1,290 new precincts — down from 2,069 — will confuse Chicago voters, depress turnout in the Nov. 8 general and Feb. 28 mayoral and aldermanic elections and “disparately impact racial and/or ethnic voting blocs.”

If precinct consolidation is needed, it should not be done in “mid-election cycle” without public hearings, the lawsuit states. To do so and to require voters to “travel much further distances to reach a polling location” and face “longer lines and wait times to vote” violates First and Fourteenth Amendments to the U.S. Constitution, the lawsuit states.

Wilson has launched a massive voter registration drive with the goal of adding 1 million voters to the Chicago rolls by the Feb. 28 mayoral and aldermanic election.

He grew up in the Jim Crow South, where people were denied the right to vote and fought and died to secure it.

That’s why he was so incensed by the precinct consolidation he calls an “incumbent protection plan.”

“This plan reminds me of Jim Crow days down South where I’m from. We should not do it because it’s a moral issue. It’ll depress the turnout. People will be confused. They won’t know where to go. And once they tell them they’ve got to go someplace else, the lines are gonna be too long. During this economic depression when people don’t have money to buy food and everything else, they cannot afford to go another mile out of the way, particularly senior citizens.”

Mayor Lori Lightfoot said the Chicago Election Board has “to explain themselves to the public and make sure that, with this fall election that’s coming up in November, that there’s adequate places for people to be able to go and vote in every neighborhood.”

“We are living in a time where people — and rightfully so — are super sensitive about anything related to voting and polling places. ... Particularly in our city where we are deep, midnight blue, the last thing that we should be about is shutting down opportunities for people to be able to vote.”

The Chicago Board of Elections said it is bound by law to consolidate precincts after new ward and district lines are drawn to coincide with the 2020 U.S. census.

For Cook County and the city of Chicago, the state Legislature last year “increased the size of new precincts to contain up to 1,800 registered voters,” Chicago Election Board spokesman Max Bever said.

“Our average number of voters per precinct is 1,165. So it’s still a good amount under that number,” Bever said.

Bever acknowledged that “many” Chicago voters “will find themselves with new polling places.” But he argued that the overall number of polling places will not be “greatly affected ahead of the Nov. 8 election or the two municipal elections.”

“This is not an attempt to deny anybody’s right to vote,” he said.

“While precincts are being reduced, there’s going to be a similar number of polling places. The options to early vote and to vote by mail in Illinois are more available than ever.”

The benefit of the consolidation plan is fewer election judges will be needed to staff the 1,290 precincts. That will cut costs by nearly $2 million — $2,500 for every one of the 779 precincts eliminated — and minimize shortages with the potential to delay the opening of polling places.

The downside is that with twice as many voters in each precinct — 1,165 apiece compared to 550 to 750 per precinct before — Chicagoans who still choose to cast their votes in person could face longer lines.

And with so many voters changing precincts, there could be confusion when residents show up at the wrong polling places.

Bever believes that both negative outcomes can be avoided.

He pointed to changing voting habits that saw 70% of voters in the 2020 general election that took place during the height of the pandemic either voting early or casting their ballots by mail.