Wilson’s son’s murder reason he would be best mayor 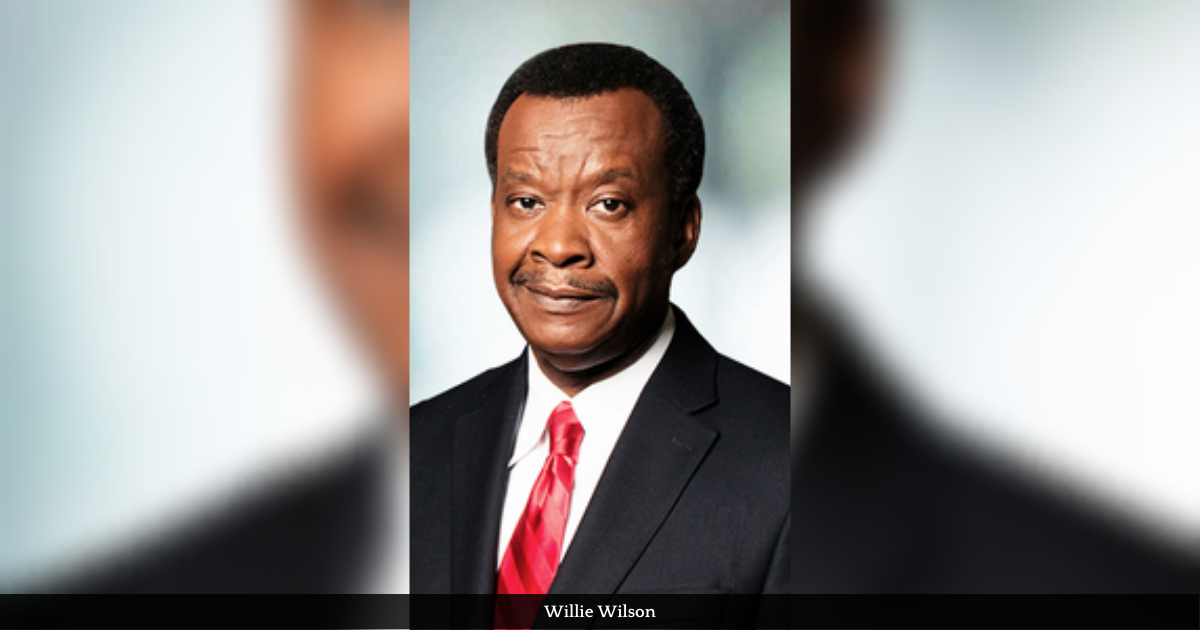 That pain of being a parent who, like so many in Chicago, has lost a child to gun violence is the reason Wilson believes he is the best mayoral candidate to reduce the city’s daily wave of diversified crime.

Yes, it is painful to revisit those old wounds, Wilson told the Chicago Crusader. Omar was next to his oldest boy, and the nightmare of losing a son to gun violence still haunts him today. Omar was fatally shot on the night of July 10, 1995, in a home in Hazel Crest that Wilson had bought for his children. It was a safe place or so he thought.

Recalling that night, Wilson said, “A guy came in and had a conversation with my son, and my other kids were upstairs.”

Wilson believes his son and the shooter were talking about drugs at the time. The Chicago Crusader later confirmed that the man who killed Wilson’s son was 17-year-old Forrest Woods, nicknamed Foo-Foo. He reportedly shot Omar once in the back of his head in Omar Wilson’s home in the 17200 block of Peach Grove Lane around 12:15 a.m.

“He ran upstairs to shoot my other kid,” recalled Wilson, “but he thought that one of my children had a gun and he ran out.”

His daughter, Kenya Wilson, was upstairs along with another one of Wilson’s children, according to court records. “They did catch the guy. I didn’t even go to the sentencing. I did not have the will to go,” explained Wilson.

According to court records, Kenya Wilson “walked out of her bedroom” and saw Omar “at the bottom of the stairs being restrained from behind by an unknown man who was later identified as Forrest Woods.”

“Over a span of three minutes, Omar alternated between calling for his brother, Terrell Wilson, and telling Kenya to go back to her bedroom. Then, without a word, Woods shot Omar in the back of the head,” court records stated.

After Woods shot Omar, he chased after Kenya and tried to get into her bedroom but ran when Terrell came out of his room to investigate the shooting.

“It was at this point that Terrell got a brief look at Woods,” court records stated. Omar died at the scene of the crime. Wilson said, “He thought my son had a gun and ran.”

Woods, a resident of the 800 block of East 131st St., was later arrested, charged with first-degree murder and sentenced to 40 years in prison.

That pain of losing a son to gun violence stays on Wilson’s mind and is the reason he believes he is the best mayoral candidate to reduce crime in Chicago.

“There is no pain on earth that can explain the pain I feel in losing my son,” Wilson said. “It takes a lot out of you. Your feelings, your pain go down in the grave with them.”

At the time of his son’s death, Wilson owned five McDonald’s franchises and a company he later named after his son, Omar Medical Supplies, Inc.

Asked if he were elected would he call in the gangbangers as some Black leaders have done, Wilson said, “Some of the people won’t come, but we will make every effort to do so. I think we have to get tough with the people who are doing this. We have to lock them up, and if they get out and repeat their crimes, we have to lock them back up because there are too many people losing their lives.”

To combat crime, Wilson has vowed to bring economic empowerment to the communities, especially entrepreneurship, particularly those in the “hot spots” of crime in Chicago.

“I don’t know what is causing all of this violence,” he said listing the different crimes being committed daily in Chicago, including carjacking, being robbed on the street, smash-and-grab, and drive-by shootings. “They have too much headway, and we’re going to have to get tough.”

Wilson vowed to install more cameras in the hot spots of the city but he believes there should be more strict enforcement of the laws. He pledged to put more plain clothes personnel on the streets in high-profile crime areas. “That would break up the stuff.”

Wilson said if criminals commit a crime on the CTA it should be an automatic federal offense. “We need to get tough on crime. The CTA is having enough problems.”

Asked if elected would he form a multi-tiered task force of federal, state, city, and county law enforcement agencies to deal with the various crimes in Chicago, Wilson said, “I think so. I think that would be a good thing to do. I don’t think it should be about finding the money. You need to do it at all costs, to save lives.”

Wilson said he has to make his case to the people, and he just spent $1 million last week on TV to get his message out.

“We increased the budget to get our message out to let people know our plans.”

Wilson said he is also doing groundwork with 440 people pulling up his signs and throwing them in the garbage. “A lot of people are pulling up my signs, which is wrong, but that’s part of the process I guess.”

Asked his opinion about the poll given by the International Union of Operating Engineers Local 150 showing mayoral hopeful Jesus “Chuy” Garcia leading in the polls, Wilson said, “That was a poll where the pollsters gave Garcia a $1 million contribution, which is a conflict of interest.”

“That is why I am not going to attend the Crain’s Magazine interview today because of what they (the pollsters) did,” Wilson said.

In pledging the $1 million to Garcia’s mayoral campaign, Ed Maher, the union’s spokesperson said, “The poll made clear that Garcia has broad support across the city of Chicago and that voters understand all of the positives that he will bring as mayor.”

The poll was conducted by Impact Research from November 10, 2021, to November 17, 2021, with 700 likely voters. The firm has done similar polls with elected officials like President Biden and other high-profile Democrats.

The poll concluded that Garcia would win 25 percent of the votes in the first round of voting on February 28 with Mayor Lori Lightfoot polling 18 percent, which would cause a runoff on April 4, 2023.

If elected, Wilson said he would remove the restrictions from the police because “if you don’t do it, you are encouraging people to commit more crime.”

“Police should be able to use commonsense and not so much go by the book,” said Wilson. “Remove the restrictions from police because if you don’t do it, you are encouraging people to do more crime.

“We know there will be good and bad people on both sides,” he said, vowing to train the officers properly, including getting them new cars so they can better communicate with each other and the headquarters.

He also wants to diversify the officers, making sure there are no all white officers in the same car. He wants Black, white and Hispanic officers working together so if they are in a neighborhood heavily populated by one race, at least one of the officers would have a better rapport with the citizens or suspect.

Wilson wants the entire police force to be diversified to reflect the city’s population and to make sure equity exists throughout the department. “We need to get their morale up, too,” Wilson said.

Wanting to make his position clear, Wilson said, “I am not indebted to either party. I am independent. I don’t take money from any people. I don’t take that so that I am not influenced by wealth or what to do based on that contribution. I go directly to the people. I am not taking a paycheck in order to free myself of making decisions based on political contributions.”

Wilson’s remarks came 17 days after the Chicago Police Department’s Superintendent David O. Brown unveiled the end-of-the-year report claiming that 2022 marked the 10th consecutive month of double-digit declines in gun violence, with gun shootings down 20.3 percent for the year end, and the number of shooting victims down 20.6 percent.